How agreements can help your team grow

It is all about having conversations about what you want to learn and how you will do it together. 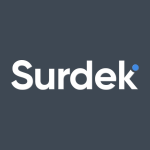 As a co-creative leader, it is critical that you proactively help grow the people on your team. We often talk about how important it is to take the time to build your team's capacity to take on challenges, communicate and find solutions.

A lot of times, there are unspoken expectations in the workplace. Whether you are looking to give feedback to a colleague or understand how a team wants to work together, things just float in the air. There needs to be a conversation about the specifics of how that will happen and what it will look like.

In this article, we will dive into another important aspect of helping further your team's development. This is the need to follow up on your team's commitments by creating agreements with them.

How do I create an agreement with an individual?

The most basic way to start building capacity with someone on your team is to have a clear agreement with them that you are working on something together. A verbal agreement is more than enough for this. You do not need a formal signed agreement by any means.

The idea here is to have a conversation with the person and discuss what you will be helping them work on or learn. The agreement is about having clarity and having the person opt in.

Having a clear agreement with this person gives you permission to regularly talk about this topic, offer them help in certain situations or give them feedback when something relevant happens.

Up front, you could have a discussion around the kind of help they want you to provide. Do they want you to be an observer or a proactive helper? Should you co-create the work with them or should you just ask them questions to help them work through it? What kind of feedback are they looking for?

The good thing with a conversation like this is that it creates an agreement where you both know what to expect from one another.

How do I create an agreement with my team?

The idea of creating an agreement also applies to when you are working with a team. An easy example of this would be if you ask the team to try something new in a meeting.

When you attempt something like this, the key is to have a moment towards the end of the meeting when you talk about what you just tried out. What did the team learn from this?

You can also create an agreement that lasts for longer than a single meeting. For example, you may want to agree on how you want to behave with each other as a team. What are acceptable behaviours? What are behaviours that are unacceptable between team members?

Sometimes, people will refer to such things as team rules but we prefer the term “working agreement” instead. The key point about such agreements is that the team is responsible for holding each other accountable to make this happen.

The trick when building an agreement like this is not assuming that a single conversation will make it happen right away. Team members may need to learn to call each other out when one of them does something the team agreed was unacceptable.

Team members also need to learn to receive such feedback in a constructive way. It is not about getting it right and being perfect, it is about being imperfect and being able to talk about it in a healthy way.

Expect this to take a bit of time and teach your team to forgive each other when mistakes happen. This is one place where the journey of learning to work together is just as important as reaching the final goal.

The key here is that you need to have conversations with your people to get clarity on how you will learn new things together. When there is a common agreement, people are more likely to be invested.

The other part is that when you have an agreement such as this with a team, ideally you keep it alive and visible in some way. One idea is to put it in writing and hang it on a wall or billboard.

You can also talk about it in your team meetings. Ask each other to give positive examples of times when people were living up to the agreement in the past week. It can create a bit more comfort for others to do the same in other meetings, or to call out their colleagues when they are violating the agreement.

What unspoken expectations do you have with your team or other people? How could you turn them into clear agreements?

This article was written by the marketing team in collaboration with Steffan.